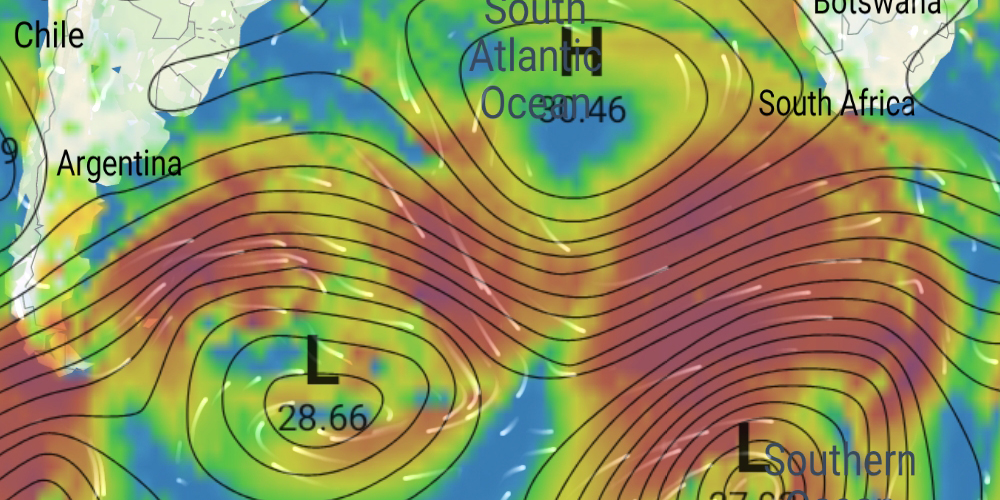 We've got isobars on the map! They'll help you better forecast wind speed and direction. The forecast shows isobars for 10 days.

To activate the layer, open the map and press the isobar sign in the right upper corner.

Available for all PRO users. 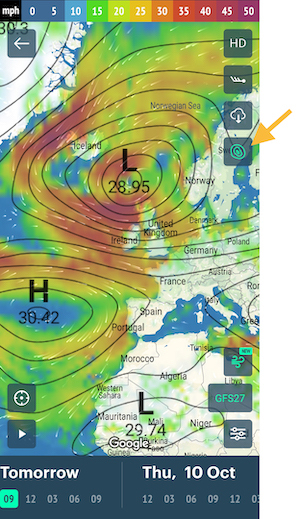 What is an isobar?
Atmospheric pressure is the pressure of air on the Earth's surface.

It's lower in areas with warmer air and vice versa. Air masses always tend to move to lower pressure areas.

Points with the same atmospheric pressure on the map are connected with lines – isobars. Air tends to move to a lower pressure area using the shortest way - at a right angle to the isobar. The perpendicular is called a normal line.
Wind and isobars
Pressure difference is the only thing speeding wind up. The quicker pressure changes from spot to spot, the higher wind speed is. All the other forces, such as friction, only reduce wind speed and/or change its direction.

Wind would be perpendicular to the isobar if the Earth wasn't spherical and rotating around its axis. But instead all moving objects, including wind, are subject to the influence of the so called Coriolis force.

It deflects wind from the normal line to a certain angle. In the Northern Hemisphere air is rotated clockwise (to the right) and in the Southern - counterclockwise (to the left) with reference to the movement direction.

The friction between air and sea is lower, that's why it's deflected more there. The angle is usually 40-50° above land and can reach 70-80° above sea - then the wind blows practically along the isobar.
If isobars are close to each other 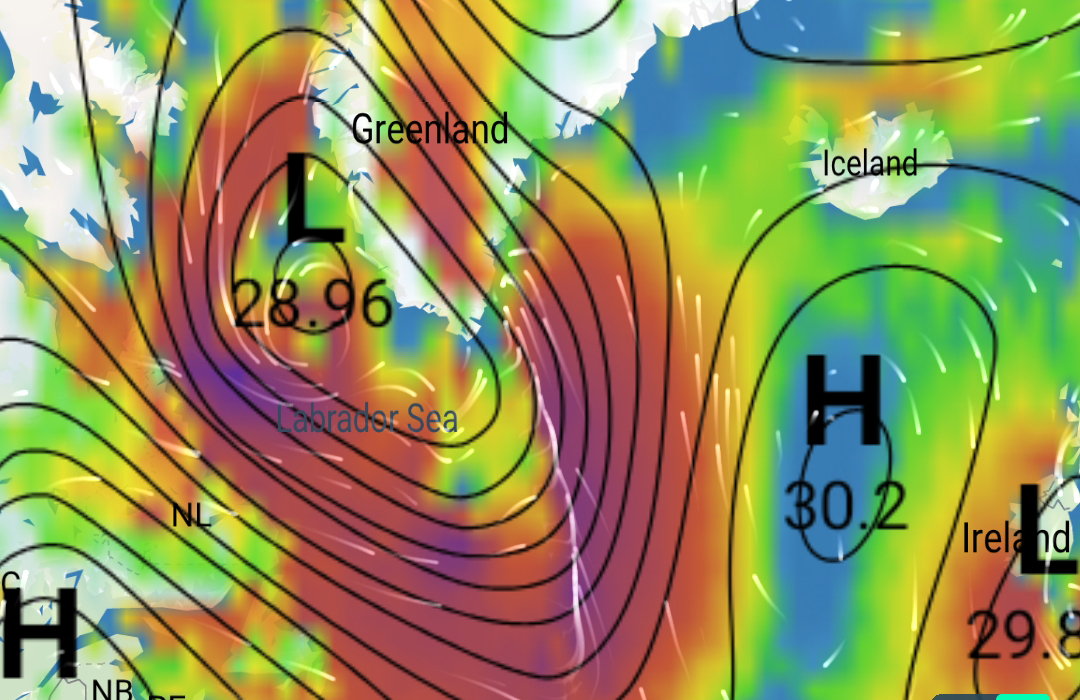 The higher pressure difference between two areas is, the higher wind speed is. That's why isobars that are close to one another mean high wind speed.
Cyclones and anticyclones (H and L) 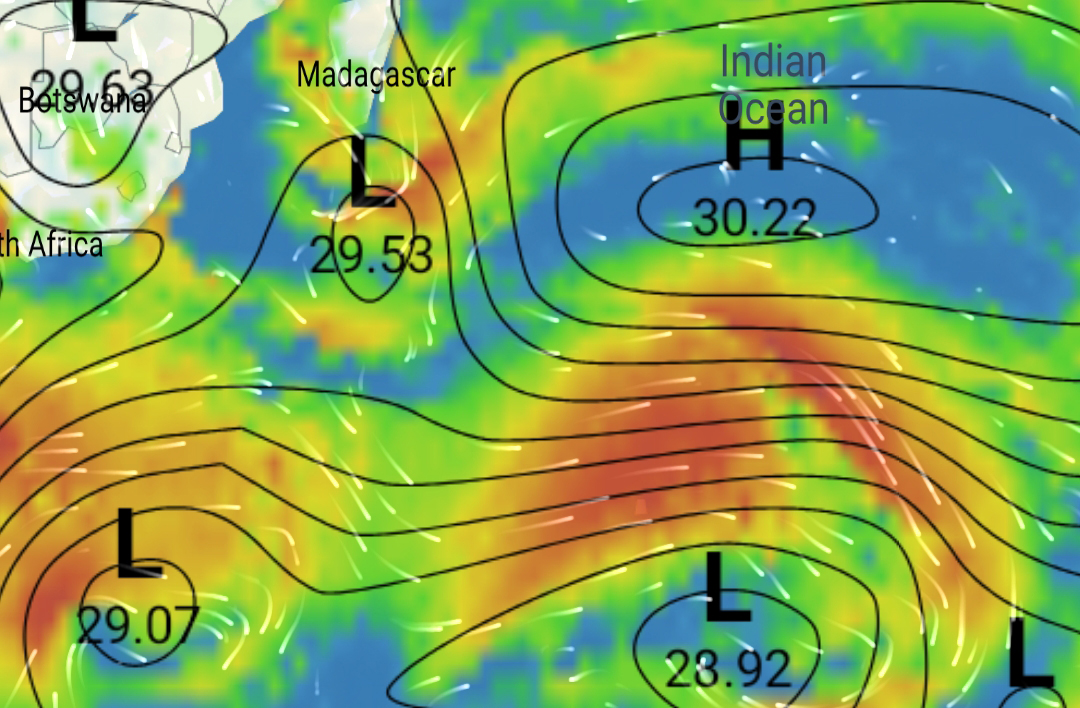 L on the isobar map is a cyclone with a low pressure area in the circle. A cyclone means cloudy and rainy weather.

H is an anticyclone with a high pressure area in the circle. Anticyclone means calm and sunny weather.